When living in Paris, Van Gogh fell under the spell of Japan. It would give his work a new direction. The exhibition 'Van Gogh & Japan' showed how Van Gogh bent the Japanese example to his own will.

Van Gogh never went to Japan. He created his own image of the country thanks to the Japanese prints he eagerly collected and closely studied. The colourful and exotic images greatly inspired him.

Van Gogh started to copy Japanese prints to better understand them. Doing so, he developed a 'Japanese eye' that would give his work a new direction. What was this Japanese way of looking? This is what the exhibition Van Gogh & Japan was about.

Seeing with a Japanese eye

Watch this video to find out what Van Gogh learned from Japanese prints.

Van Gogh fell under the spell of Japanese printmaking in Paris, where he quickly purchased over 600 prints from a dealer. For a long time it was thought that Van Gogh bought these prints for pleasure, yet new research proofs but instead, Van Gogh acquired the prints with a view to trading them. The research also revealed how the vivid Japanese woodcuts became a huge inspiration for Van Gogh's own work. He hung them in his studio, so he could gradually absorb the influence of these colourful works. More than 100 Japanese prints from his collection are on view in the exhibition.

The exhibition was accompanied by a colourful publication, which describes in depth Van Gogh’s admiration for Japan and the immense influence Japanese printmaking had on his work. The book is illustrated with over 250 paintings, drawings and Japanese prints. Available in Dutch, English and French, € 29.95.

Mesdag & Japan in The Hague

Japonisme did not only influence artists and collectors in Paris: the painter and connoisseur Hendrik Willem Mesdag in The Hague purchased some exceptional examples of Japanese decorative art at the end of the 19th century, ranging from samurai swords to Satsuma vases. The Mesdag Collection in The Hague is focusing on these items this spring with the exhibition Mesdag & Japan: The Far East Collected.

Special thanks goes to our Supporting Friends: The Sunflower Collective.

The exhibition is made possible by the generous support of: 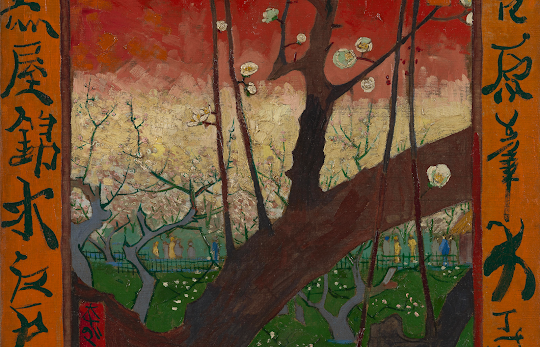 How did Vincent van Gogh find inspiration from Japanese prints? Read the story 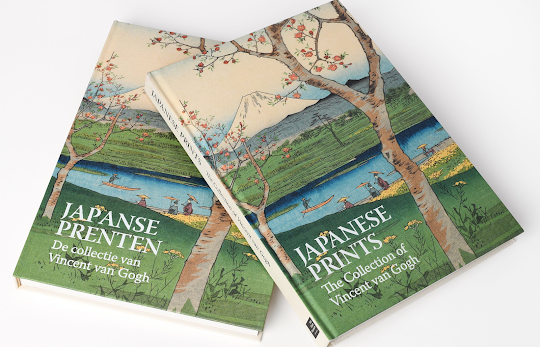 Find out more about Van Gogh's print collection, order the book in our webshop